Tag Archives: gift of the moment

Beauty in a day at the park 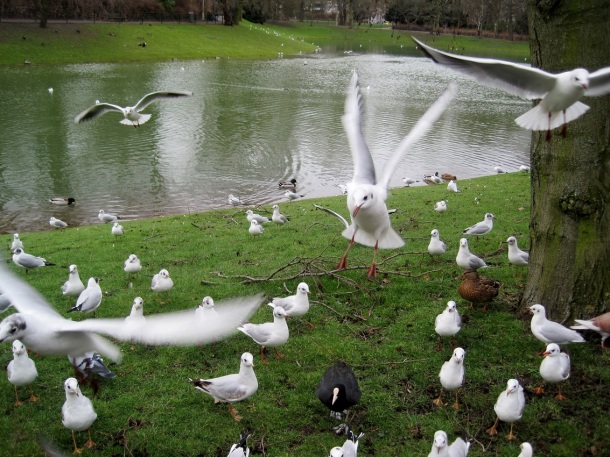 Coming for the food
©copyright2014owpp

The bride showing off her trail
©copyright2014owpp

All here for the fun…
©copyright2014owpp 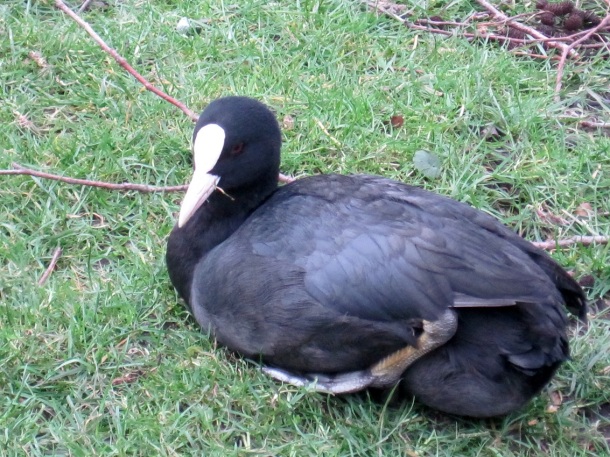 Drops lingering from the plunge
©copyright2014owpp

To my comfort zone 🙂
©copyright2014owpp 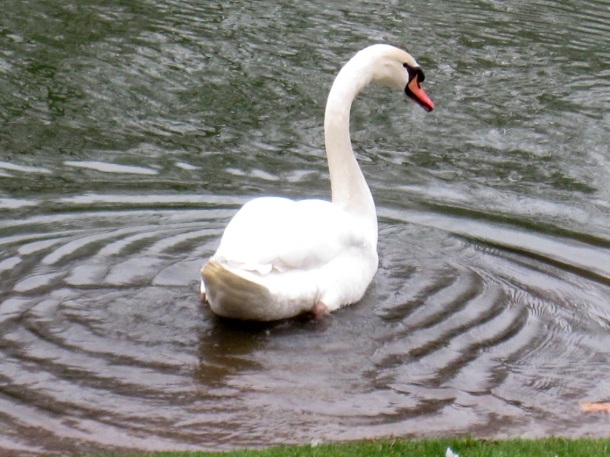 This prose was written in the midst of child-rearing. The times we thought, would be frozen forever.
When we thought we’d stay in pampers and pureed foods till the end of our lifetime…

It is to be noted that it’s the one and only time I wrote a prose in English.

A gurgle
A yawn
A bottle
At dawn

A smile
To forgive
A hug
To forget

A yawn
At dawn
The bottle
Is warm

I cuddled
My bundle
And time
Was mine

I hope you enjoyed this little moment of innocence and softness.

And there was silence! Fiat Silentium! 2010

First and foremost I’d like to thank you all for your support.
For a new blogger it’s very encouraging. I hope you’ll forgive occasional mistakes, as you can see, it’s still unfamiliar terrain.
I’d like today to give over to you an essay I wrote two years ago for an assignment.
There are some times in writing, when ones thoughts meet the pen with such easiness it takes you by surprise, but you know, the main reason
is, because it came straight from within, unto the paper. ( Keep in mind that my works are mostly fictional )
This is exactly what happened this time, I truly had pleasure creating it, enjoy!

Four forty five pm and I open my eyes with difficulty after a short nap which I seldom indulge into.

Five or ten minutes go by and I’m still struggling with the sensation of deep relaxation pulling me back into the fuzziness of slumber.
I was aware that something was unusual but I couldn’t define the exactitude of it’s source.
The impression of being in synchronization with the universe, was so overpowering, I allowed myself the luxury to absorb the uniqueness of the
moment however ephemeral it was to be.

The clock inevitably ticked by for another fifteen minutes,when it suddenly dawn unto me… THERE WAS SILENCE!

Now. If you would ever dare to adventure into our abode, you’d be quickly swept into the swirl of laughter, vociferous vocals, musical sounds being practiced
in the background, phones ringing, machines humming as a washer, dryer, ovens, friends visiting and we, seemingly comfortable with our noisy style of life.
Being accustomed to the frenzy we experience as a daily occurrence, you’d probably have the sensation of stepping into a cyclone or a hurricane, never to
come back again.
Which I would appreciate and infer that you come from quieter settings and upbringing.

We have amazing children ranging in the ages of teens to over twenties and we tried our best to educate them to feel and express themselves with no inhibitions.
To love and to live in it’s true sense. We sometimes enjoy indulging in vespertinal behavior but mainly, daily life quickly wins over.
I would fain admit that I’m the culprit of this boisterous lot.

Hence,my disorientation when silence tread-ed in unabated.
Having dragged myself out of my torpor, I became aware of the pulsating sounds of a world within my own, piercing my cocoon.
I could perceive the heartbeat of a vibrating town.
Cars and lorries, following the course of their traced paths… The echoes of someone dropping brusquely a metal object in their balcony…
How silence can be treacherous!
Primarily, I could cut through silence as I would a birthday cake.
It predominated and invaded the small space I found myself in. It was total and complete. Yet, as consciousness seeped in my pores, there was the recognition that,
quietude, always vibrates with sound.

It throbs and pulsates as the heart of a newborn.

Had you climbed the highest mountain, in the hope of escaping the hubbub of the so-called civilized world, you would still be encumbered by the winds resonating through the stillness,
if you wouldn’t be in the right mindset.

Silence, is noise. Forasmuch as, without it, this” testimony of life ” would’ve gone undetected.

And without the pandemonium of our big cities, we wouldn’t have encountered or experienced, fleeting moments of nirvana.

If it would be as absolute as we’d wish it to be, long would we be gone to a dimension, where sound is, but a distant memory ( If we have one! ) Where living in the present
is not a choice but a way of being.
Where we would have fallen astern in our appreciation of the cock-crow in a barnyard or, the wail of a capricious child. We would be, confronted to a world of unmitigated stillness.
Where the soul is wrapped up in clouds of spirituality. Where,regret doesn’t have a place. Or philosophy a name. Habits and thoughts are belated pilgrims. We’d be with the knowledge that we’d
been transients unto territories that FELT familiar and convinced we were affiliated to it’s structures.

Blessed be, the occasional forays of silent resemblances, or smothered din intruding our intended worldly peace.

After pondering on that thought, I nonetheless, savored and relished every parcel of blissful, imperfect tranquility given to me. But, not-withstanding, vowed to go out for a stroll in our
beautiful town and absorb every bit of sound surrounding me!

The dense traffic, the tramways screeching on the rails, the wailing sirens of an ambulances saving in extremis lives of it’s dwellers and even my portable, blaring a cacophonous tune, as a devilish choice of my dear children who had gone unanswered too many a time.
I did all that with gladness in my step and providence’s wink ( or nod of approval ) which I interpreted by the rays of sunshine coming out after a long and freezing winter.

We live on a main artery which leads to highways conducting to many countries. The contrast between the ethereal and peaceful experience I had just encountered in my Utopian Elysium, the bedlam
created by our civilization felt like an uproar and aggression to my eardrums. But the gilded heavenly rays of warmth temptingly invite and tease me into hazarding myself into the year 2010.
We have a beautiful park running alongside our boulevard which always makes the walk thither a treat we all look forward too.

At present, I walk along the border of the park, the sounds of birds chirping, merging, with those of today’s means of transportation and find myself enjoying the quality and best of the two worlds.
The beauty of ( nearly! ) untouched nature and the luxury of our highly developed environment.
The park ends, and I saunter further and see the facades of antique houses. I admire the beauty of it’s architecture. The carving of it’s stones polished and renovated today as a token of appreciation to a rich historical past.

I see, time, effort and amounts of money we could never fathom, invested, to make every inhabitant, proud and privileged to belong to this infrastructure.
I wander straight on, sensing gratitude engulf my entire being, finding myself guided toward a museum nearby which, only it’s frontage, is a pleasure to the eyes.From there, my steps lead me, to what I call ” my ” bookstore, my treasure-cave. Rows after rows, filled with books, all sizes, colors and ages. Allowing me to blot out the ” palpitations ” of our era and soak up the tidal-wave of passions for the beauty of words, shaped, molded, carved and chiseled painstakingly by writers who’s love for perfection, overcame the tribulations that accompanied such a profession.

Calmness descended upon me and I picked up a book on John Keats works.

Movement and noises, faded in the background and I found myself enthralled and swirled into a precarious, distant past…

But as usual, life always wins over imagination and I felt impelled back to the forces of the current moment.
The hustle and bustle of the outdoors yanks me to the verisimilitude of today’s frenzy.
I squint at the unusually persistent glare of sunlight flooding the square and opt for an empty bench inviting me to ensconce and bask in the pleasure of my new purchase.

I permeate and infuse every second of this impromptu escapade, Which brings a flavor of voyage. A wish for celebration. As a furlough from a superior to his subordinate.Prompting him to the thrill and anticipation that comes with unforeseen festivities.

I then, trace back my trajectory as if drawn by a magnet towards the confine of my own element, my fount, my shield and shelter. In the hope of basking sometime, very soon, again, in a few gifted minutes of blissful, ecstatic… SILENCE!

Thank you for taking your time to read this!