Life back to its folds… 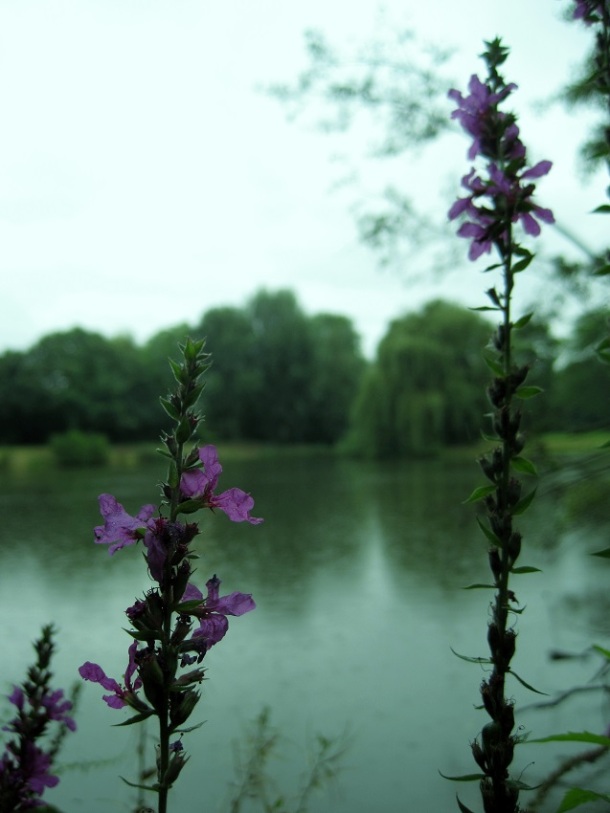 Life back to its folds…
©copyright2014owpp

Life has settled back to raining 🙂
We slowly find ourselves getting back to our routine with new decision-making in order to improve, advance and grow. So my apologies for making myself scarce of late but I need time to study, paint and the only time I’ve got to liking & commenting are the posts I find in my mailbox (I don’t understand why they do while others don’t).
I have not forgotten any of my followers and go on appreciating your concern throughout my blogging experience which I hope will pick up once things get more settled & I get more accustomed to the pattern of the days.
I know it’s classical to want new goals after a good break but hard to follow up so I have to play it moment by moment & see if I can keep up to that determination, the one that gave me strength to decide in the first place.

My thanks goes toward your constant support!

I have seen many spectacular renovated castles & houses in this series but this one surpassed them all in its originality in the recycling domain.
So much so that I felt I had to share it with you so you don’t miss out on ideas if any of you are contemplating to build your own home 🙂
Enjoy!

WWII veteran refuses to close the book on his life

What a lesson! When I think how we so quickly give up our dreams and how we take for granted what appears to be so small to our eyes as reading…
This is a truly remarkable short video found on http://davidkanigan.com/2013/12/09/get-in-there-and-learn-baby-now/
Take a second to be truly inspired 🙂

Published on Nov 8, 2013
As part of our continuing series “On the Road,” Steve Hartman meets 90-year-old Ed Bray, who served in World War II and has two Purple Hearts, but who could never read what they were for. After 89 years of covering up his illiteracy, Ed is starting a new chapter.
Category
News & Politics
License
Standard YouTube License


This is a most spectacular three part video series I have ever seen and couldn’t wait to share with all of you.

I find them very relaxing in the sense that it transports the viewer to a totally different world and dimension which is the kingdom of animals in South Africa where Kevin Richardson rules as a master in their language and practically an equal in a lion’s pride.

Take time for a memorable evening with your family, a huge bowl of popcorn and a hot mug of cocoa or herbal tea 🙂
Let me know if it made you want to rush there and witness it with your own eyes!
That’s what it did to me but we’ll leave it in its right context… Of a dream.

Uploaded on Jul 13, 2011
Lions – some of the most dangerous animals known to society. BUT there is one man who is part of their pride. Kevin Richardson, an outdoorsman who lives just 30 miles north of Johannesburg, has an amazing ability to communicate with some of Africas most feared predators. His conservation area is home to lions, hyenas, cheetahs, leopards and panthers. He is able to live with them, sleep curled up with them, swim with lionesses, caress cubs and tussle with males. This exciting and touching series will take viewers on a journey to the stunning African wilderness, giving them an exclusive insight into the life of the real Lion Whisperer.
Category
Pets & Animals
License
Standard YouTube License

Life is a journey…
The way for some, is long and arduous but the reward is so gratifying!

In Oa we are like newborns having to learn the first steps of good habits in order to delight in
the ” normal ” life others might take for granted.

I hope you enjoy this essay!

It happened to me so fast. I was taken by surprise once again.

I am amazed at my gift of falling down the trap so many times and always reacting with the innocence and naivete of a newborn.

How many more of these tribulations do I need until I experience the Nirvana, the bliss of long-term abstinence?

Time and again, I had read about not letting ourselves go Hungry-Angry-Lonely-tired? Those are our red lights. Our warning signs. Yet, that’s exactly what I did, at the beginning of school year in September.

Having to wake up at 6 Am was a major adjustment after two months “holidays “.

It got me extremely tired and by the third day, there was no reasoning going on in my mind. I could not think rationally, give myself advice or take adequate measures.

I found myself as a sleep walker, going to the fridge, stretching out for some food, recollecting vaguely a distant short debate occurring in my numbed mind… “the” voice answering back about not having the energy to fight the urge.

There was no physical strength in me therefore no emotional one either to rationalize. The urge was so big, it just took over. It felt like the invasion of a tsunami. There was no way I was going to find a breach to squeeze myself in to make “it” see sense.

A huge force which I knew from the start who would be the victor.

I let it happen. Did not even feel the “ I ” letting it. I was void emotionally yet it was the “ I “ that wanted to have it, how does one explain that?

The only explanation I can come up with now is, that’s why it’s called “ the pit “ . We hit rock bottom and don’t have the natural resources to behave in a disciplined way. Thinking straight is the last thing possible. Hence, the warnings of H-A-L-T .

Then came the “ revelation “…

Suddenly it all made sense…

All I had to do in the future is, prevention rather than cure. When feeling those “ symptoms “ , look after it in order to prevent the chaos of its destruction once in motion.

It is that simple!

Yet again, not always easy. We tend to forget how dangerous some zones can be, and find ourselves repeating the same mistakes.
I can’t deny the fact that I have learned every time something new, but I wonder what makes me different from other O.A members who grasp at abstinence from the word go and don’t let go of it, aware of its priceless gift.

They take the highway where as I…

I learn the hard way. I forget, then, a miracles happen.

I open my file of essays and fall on one article which becomes a new message to me all over again. I open the book “ A new beginning “ and feel it speaking directly to my soul. A million different occurrences which I call miracles.

I imagine it’s my higher power’s way of reminding me, he is there to assist me. To protect and embrace me in his powerful love.

But it is not all about me.

If anyone of you out there reading this article can identify with it, it would make it worthwhile.
If it helps anyone in the slightest way well, maybe, just maybe, taking the long way was not a bad
idea after all.